Many mothers complain that their children do not listen to orders, do not obey orders, mothers always complain that her child is stubborn and do not do what she tells him and insists of doing wrong things.

Stubbornness of the common behavior disorders in children, and children at certain stage of growth pass for a short period of time conduct in stubborn way, and it is possible that this behavior remain steady among some children and usually the child resists his mother that he wants to draw attention to certain desire or to purchase such a toy, or insist to wear certain cloth.

What are the reasons for the Stubbornness of children?

Stubborn behavior is a reaction of the child if the mother insisted on the implementation of the child to one of the orders, like asking the child to wear warm clothing, fearing from the cold, while he wants to move and are hampering his movement, and therefore insists on not obeying orders.

Sometimes the child insist on certain clothing against his mother choice because he wants to imitate his father for example, or elder brother, or that he wants to assert himself and that he is an independent person and has a different opinion form the opinion of his mother and father.

He rejects any tough dry language by his parents, especially ordered style and accepts nice style and warm pleasant way to do what he had been asked. The strong insistence of the mother on the execution of orders makes the child resort to stubbornness and insistence on what he wants and not what is required from him.

What is the best way for management of Stubbornness?

1. Be careful to attract the attention of the child like offering him things he love like a toy or a small piece of candy, and then gives him a nice orders.

2. You submit orders him quietly and gently, without stressing or shedding, and put hands on his shoulder or give him a hug, and then ask him to do certain acts that you want him to do.

3. Always avoid giving too many orders at the same time.

4. Give one order at a time without hesitation, that is not to order something and then order not to do the same thing after that.

5. Orders must be given for something useful back to the child that is doing something for himself and not doing anything for others, that is avoid telling the child to give a cup of water to his sister for example.

6. Children must be rewarded a small toy or a loved candy each time he obeys the orders.

7. Avoid resorting to verbal or physical punishment as a way to modify the behavior of stubbornness of the child.

8. You must follow the child in a nice way away from domination, and ask him whether he obeyed or not. 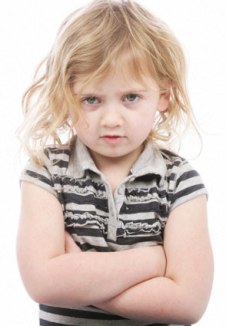 Articles
Can Adults Praise Children Too Much?
TV Violence and our children
Children and sharing
How to supercharge your child's intelligence?
When can we begin taking our kid to the cinema?
How to Raise a Smart Baby
Getting your to listen
What you need to know about ADHD
Teaching children to share
Help Children Overcome Bedwetting
LOGIN TO YOUR CHILD PROFILE
PLEASE ENTER YOUR EMAIL
2356
Home Visit Service