HomePregnancy and LactationMotor and Mental DevelopmentStudy: Low Vitamin D in Pregnancy Can Lead to Language Problems for Baby

Feb 2012 - According to a new study published in Pediatrics, your vitamin D levels during pregnancy play an important part in your child’s language development later on. Researchers at the University of Western Australia found that pregnant women with low vitamin D levels put their children at risk for developmental language problems.

The study analyzed vitamin D in over 700 pregnant women. Then, researchers analyzed their children’s behavior at 2, 5, 8, 10, 14 and 17 years old and they measured language development at ages 5 and 10. They found that children whose moms had the lowest levels of vitamin D had more language developmental problems than kids whose moms had adequate amounts of vitamin D. Researchers say they still need to do more research into the link to know the exact cause of the problems.

Most women get enough vitamin D in their prenatal vitamins, but for those that are deficient, they may need to take another supplement. If you’re unsure, check with your doctor. 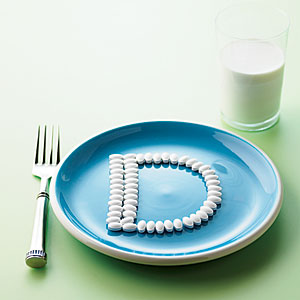