In the very first study to look at the effects of soft drink consumption on young children, researchers found that among 5 year olds, there was a direct link between drinking soda and negative behavior. Increased aggression, withdrawal, and difficulty paying attention were behaviors found among children who drank higher amounts of soda than those who drank fewer or none.

Of the 3,000 in the study, 43 percent drank at least one serving of soda per day, and 4 percent consumed 4 or more servings per day. The study found that children’s aggressive behaviors and attention problems increased with higher levels of soda consumption. Aggressive behavior included getting into fights, physically attacking others, and destroying others’ belongings.

In the study, scientists recognized that additional factors could influence behavior–such as children’s diets, habits (excessive TV watching), or maternal depression. Adjusting for these and other factors into the study, scientists still found that the child’s aggressive behavior score increased with every increase in soft drinks servings per day.

The study pointed out that any of the highly processed contents of soda, including high-fructose corn syrup, aspartame, sodium benzoate, phosphoric acid, and caffeine, might affect behavior. However, as this is the first study of its kind, researchers are still uncertain which of these ingredients have the most impact. 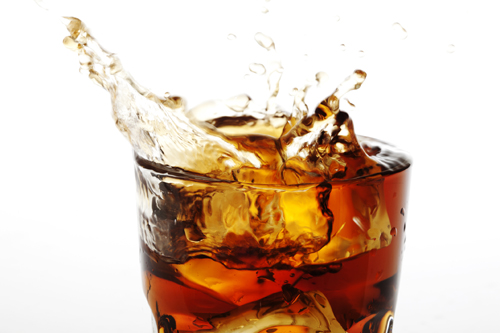 Articles
Smoking and child health
What should I do if my child has swallowed poison?
Should i offer my baby some water?
Loss of Appetite in children
Children and illness
How to prepare your child for Ramadan?
Recognizing Giftedness
Kids to Stay in Rear-Facing Seat Until Age 2
Types of Car Safety Seats at a Glance
Discipline Tips
LOGIN TO YOUR CHILD PROFILE
PLEASE ENTER YOUR EMAIL
2356
Home Visit Service