If your child’s a picky eater, boost his or her appetite by introducing more color to dinners and strategically plating meals. Those are the conclusions of a new study published in the January issue of Acta Paediatrica reporting that children found food plates with seven different items and six different colors more appealing and appetizing.

Compared with adults, children not only prefer plates with more elements and colors, but also their entrees placed in the front of the plate and with figurative designs. Authors state that “While much of the research concerning food preferences among children and adults focuses on ‘taste, smell and chemical’ aspects, we will build on findings that demonstrate that people appear to be significantly influenced by the shape, size and visual appearance of food that is presented to them.” 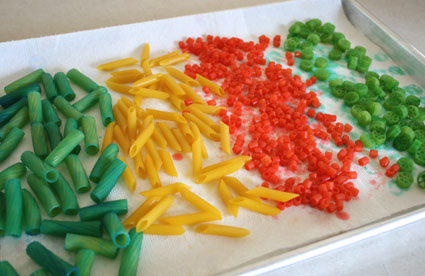