Feb 2012 -- Researchers at the University of Nottingham England determined that babies who were spoon-fed purees were more likely to prefer sweets as they got older, as opposed to babies who fed themselves finger foods.

A total of 155 children were studied, ages ranging from 20 months to six and a half-years-old. Those who were spoon-fed tended to be overweight as children, while the babies whose parents weaned them gradually preferred healthier meals and were able to maintain normal weights.

So maybe we should let our little kids get disorganized and feed themselves. 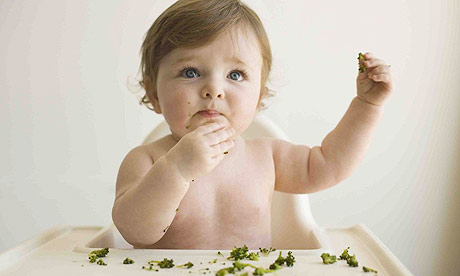